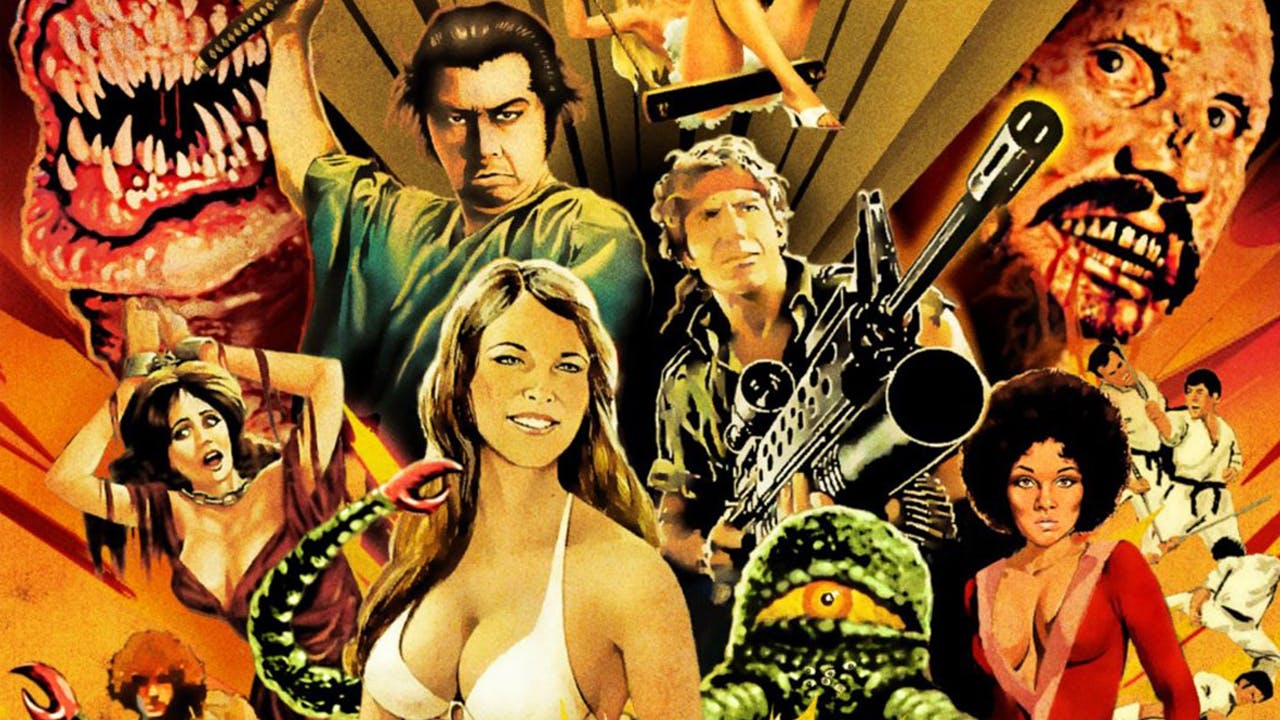 Synapse Films’ best-selling 42ND STREET FOREVER DVD series has been a favorite of grindhouse and exploitation fans around the world. This colossal “best of” collection combines a selection of vintage theatrical trailers from the first two DVD volumes of the series, and mixes them up with some all-new selections! Remastered in true 1080p high definition, this mind-numbing dose of classic original coming attractions is exploding with more than three and a half hours of sex, exploitation, action, horror and science-fiction advertisements from around the world! Can your brain take all this sleaze in one sitting? Perfect to keep you entertained during long trips, or stream to your television during parties, get-togethers, or whenever your wine and cheese tasting is winding down and you want people to leave! Almost FOUR HOURS of exploitation entertainment!