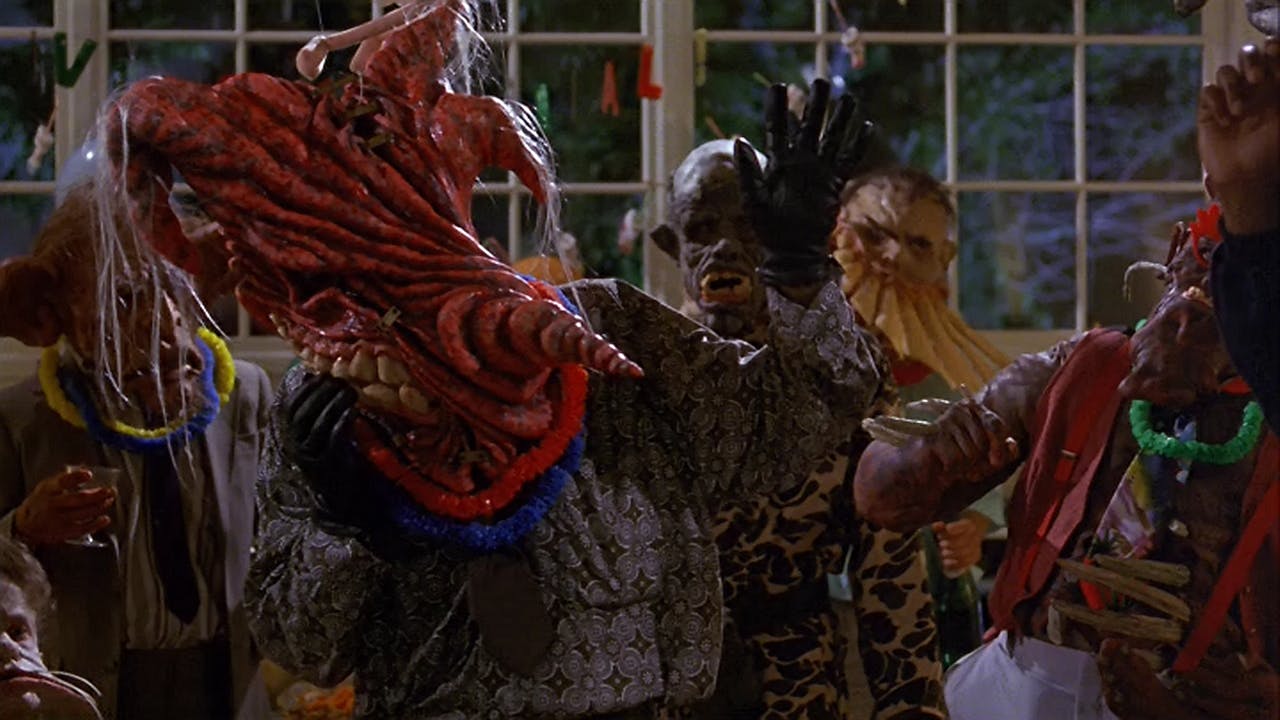 WELCOME TO THE FAMILY!

He’s back. He’s bad. And he’s a dad! Belial, everyone’s favorite beast-in-a-basket, is back in this sensational third film in the wildly macabre horror series. After being separated again from his conjoined twin brother Duane (Kevin Van Hentenryck), Belial finds out he’s going to be a deformed daddy! Mrs. Belial (“Eve”, played by Denise Coop) delivers a litter of bouncing baby monsters, but the blessed event turns into a nightmarish ordeal when the police kidnap the little critters. They should know it’s not safe to anger Belial! Attacking the cops in a climactic, gory rampage, everyone’s favorite mutant mauler stops at nothing to get his newborns back!