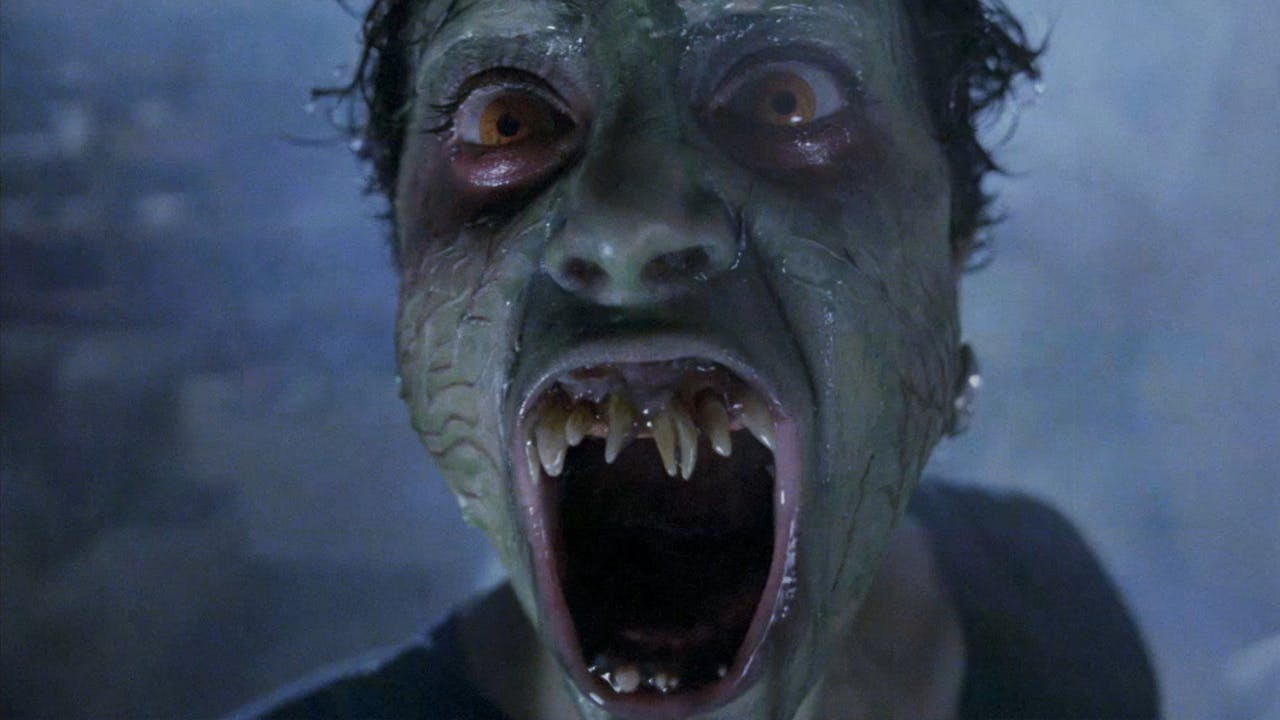 WATCHING TELEVISION CAN BE HAZARDOUS TO YOUR HEALTH… AND BRING THE END OF THE WORLD!

From the minds of Dario Argento and Lamberto Bava comes DEMONS 2, the sequel to the surprise horror hit, DEMONS! There’s a scary movie on television and the residents of a luxury high-rise building have their eyes glued to their sets. Unfortunately for a young birthday girl, an eternal demonic evil is released through her TV and partygoers soon find themselves fighting an army of murderous monsters! Acid blood, demonic dogs, possessed children and rampaging zombies wreak havoc for the trapped tenants! Starring Coralina Cataldi-Tassoni (Dario Argento’s OPERA), Bobby Rhodes (DEMONS), and a young Asia Argento in her very first film role, DEMONS 2 is a jaw-droppingly gory film from the golden age of Italian “splatter” films!

Features an amazing soundtrack of ‘80s rock/heavy metal by The Smiths, The Cult, Dead Can Dance, Art of Noise, Peter Murphy and MORE!