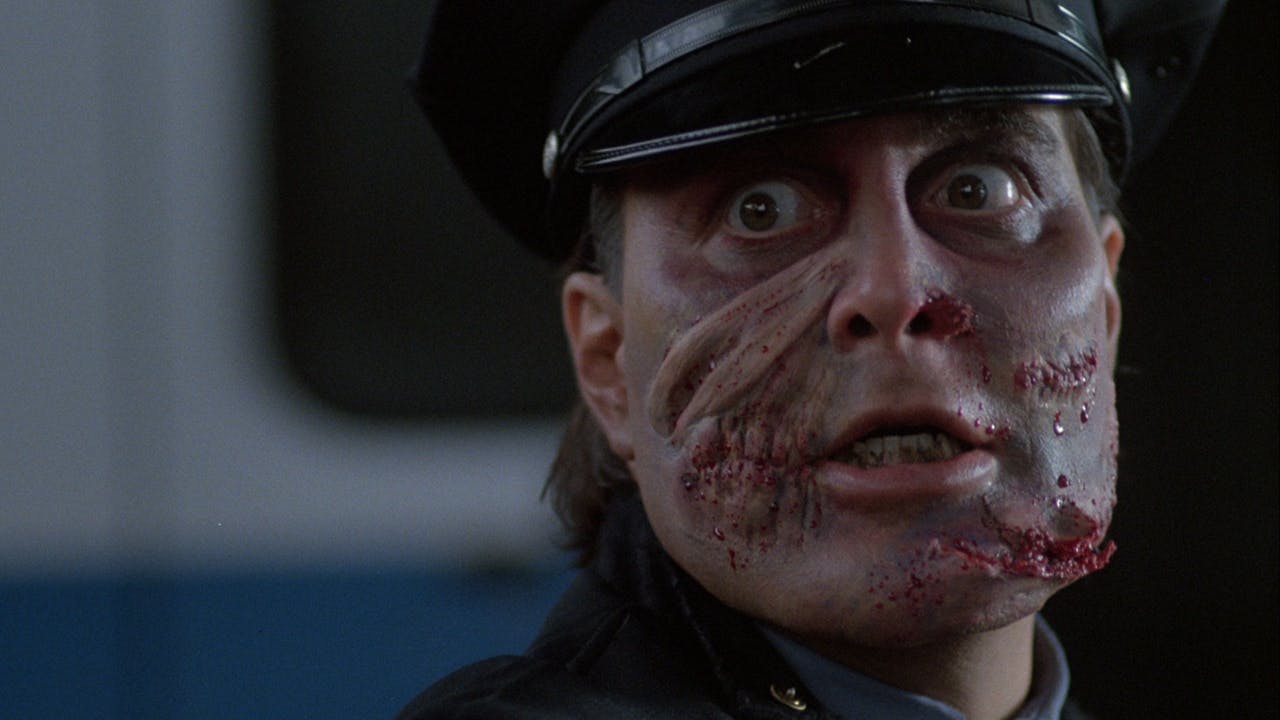 Innocent people are brutally killed on the streets of New York by a uniformed police officer. A young cop, Jack Forrest (Bruce Campbell, TV’s BURN NOTICE and the EVIL DEAD trilogy), finds himself marked as the chief suspect after his wife is murdered. As Lieutenant Frank McCrae (Tom Atkins, DRIVE ANGRY and LETHAL WEAPON) investigates, the death toll rises and he suspects a mysterious police cover-up. This “maniac” cop must be stopped, but it might not be so easy. He seems inhuman, and ready to take on the entire police force, hell-bent on revenge! Long considered a classic of the genre, “Maniac Cop” was written and produced by Larry Cohen and directed by William Lustig.