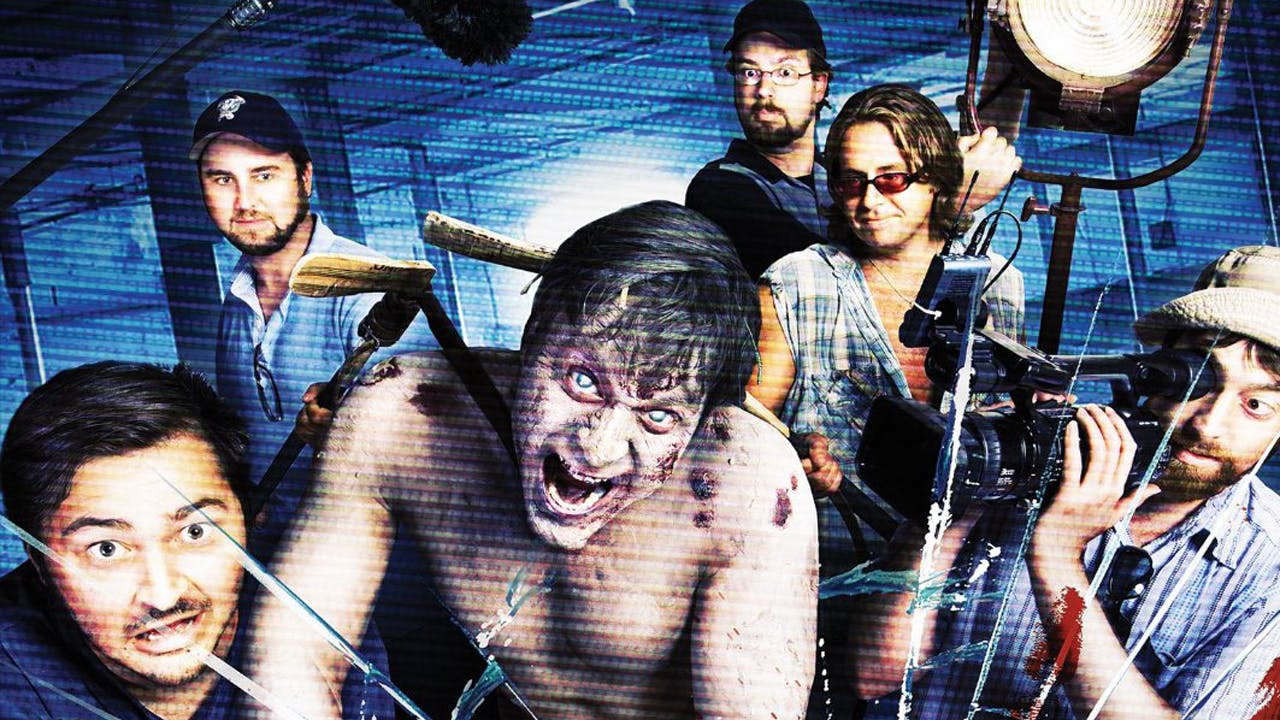 Independent underground filmmakers Mike Masters and David J. Francis (playing themselves) are eager to complete the third film in their ZOMBIE NIGHT film trilogy, a series of unsuccessful low-budget, shot-on-video gorefests. The problem, however, is a recent zombie apocalypse has taken over the world since their series began. The dead are rising from their graves and eating the living… for real this time! Masters and Francis embark on the production of their newest masterpiece anyway, only to discover shooting in a post-apocalyptic world offers many unforeseen challenges. Instead of giving up, they decide to capitalize on the cannibalistic catastrophe. No need for latex and fake blood when there’s an entire world of flesh eating undead to add realism to their film, and help save money on special effects costs!

Touching upon the real-life headaches of low-budget filmmaking, with numerous nods to the zombie film genre, REEL ZOMBIES is a satirical mockumentary feature that dives head-first into self-parody and “an improbably and inspiring lesson in filmcraft proving that passion and dedication can overcome all obstacles – even the ones that want to chomp your brain out!” (Simon Laperriere, Fantasia Film Festival)