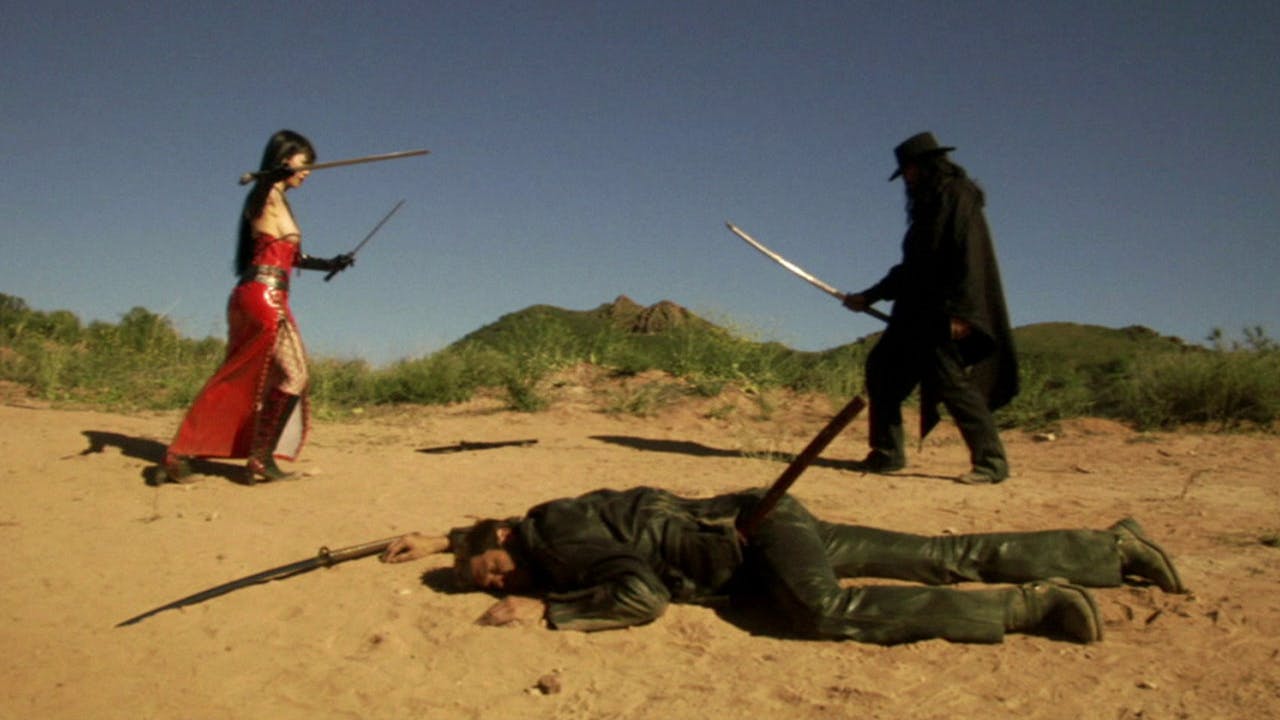 “This is the ultimate genre picture! God bless the bloody samurai USA! We haven’t seen a samurai like this for a long time on the silver screen. Watch it now, or you’ll miss out on a major resurrection.” – Takashi Shimizu (Director, THE GRUDGE, THE GRUDGE 2, MAREBITO)

After losing his eyesight, his wife, and his daughter at the hands of a deranged psychopath, a man is transformed into an unstoppable killing machine hellbent on revenge! Eight years after the massacre of his family, the “Blind Wolf” has returned as a highly trained swordsman ready to seek justice. But he doesn’t know seven deadly (and even undead) assassins have been hired by his sworn enemy to make sure he doesn’t leave town alive!

Set in nowhere and in no time, SAMURAI AVENGER: THE BLIND WOLF is a bloody sushi-western and a modern day action film with a classic samurai essence.