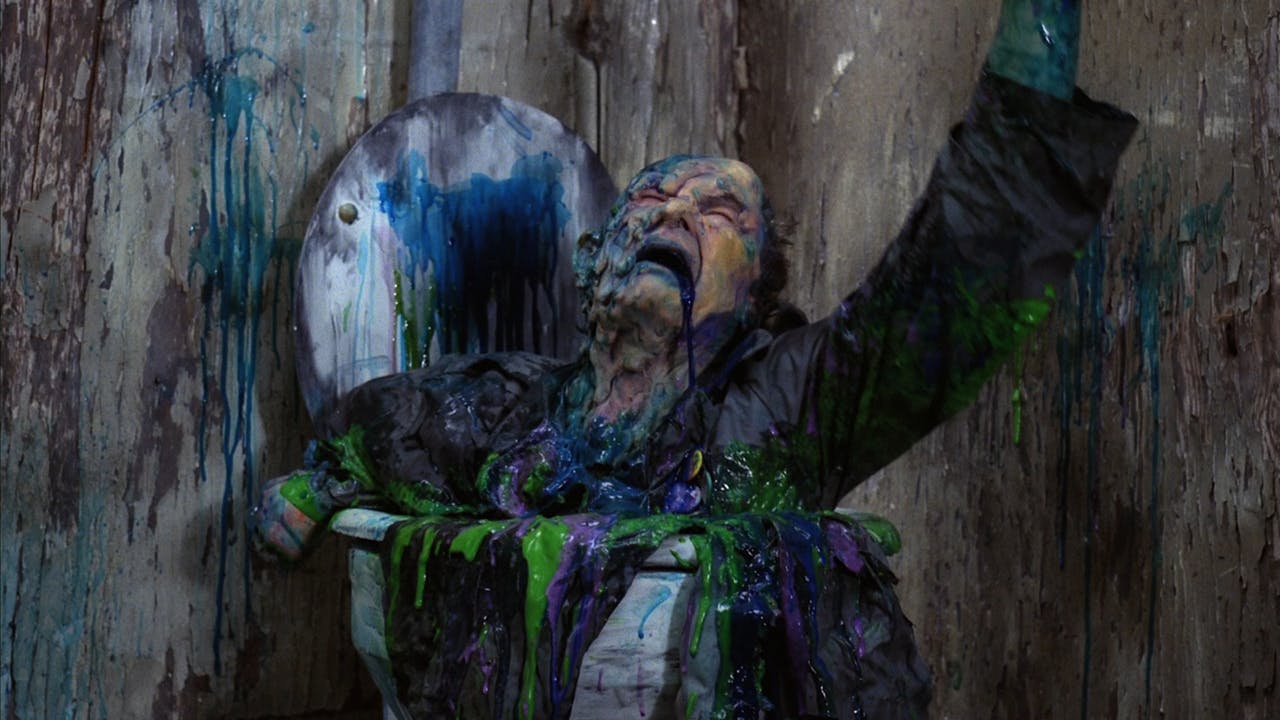 In the sleazy, foreboding world of winos, derelicts and drifters in lower Manhattan, two young runaways – eighteen-year-old Fred (Mike Lackey) and his younger brother, Kevin (Mark Sferrazza) – live in a tire hut in the back of an auto wrecking yard. Life is hard, but the most lethal threat to the boys is the mysterious case of “Tenafly Viper” wine in Ed’s liquor store window. The stuff is forty years old… and it’s gone bad. REAL bad! Anyone who drinks it melts in seconds, and it’s only a dollar a bottle!

The subversive cult classic/horror comedy STREET TRASH rode the last wave of super-gore films in the late ‘80s before cinema entered the era of safe R-Rated horror and unoriginal remakes. Beautifully re-mastered in high-definition, STREET TRASH will melt your eyes and ears!